Iolas has passed away but his myth keeps on living. His Villa, after having been stripped, stands sealed· it is said that it was with sledgehammers and containers that the treasures, the golden doors and knobs were removed, transported, looted.  In the Garden with the former grandiose statues only fragments stand today, scattered, broken, proud. Witnesses of past dark actions, doomed to remain silent, in lethargy.

The 24-hour installation 24 sing-song (24/09/2018) envisaged the Garden’s environment as a spatial projection of magical and supernatural thinking. Absence, ellipse and reduction were restored on the marble column complex by temporary sculptural additions. The two artists combined their skills to visualise the invisible and to create a mise-en-scène of devotional objects and metaphysical powers.

Naira Stergiou used decorative memorial materials and incense in a poetic way. Her shiny pieces were grave gifts for Iolas and offerings to the Goddess of Memory so that the thefts and vandalisms will not be forgotten. The animae-butterflies ornamented the complete installation, transporting the soul back home. On the inscription one could read the 7th commandement: You shall not steal.

Eriphyli Veneri introduced the allegory of the house that is incorruptible and inviolable with an epitaph construction. The idea of the passage was here important; from the perishable body to the incorporeal memory, or through a more secular prism, from anonymity to eternity. The lion, a vigilant protector-guard sleeping with open eyes. And also a key figure of the Aesopean language of morality and justice. 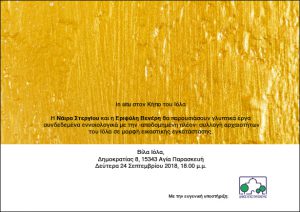 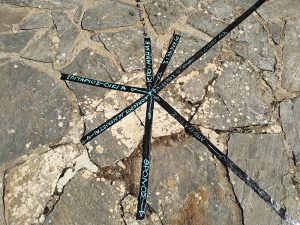 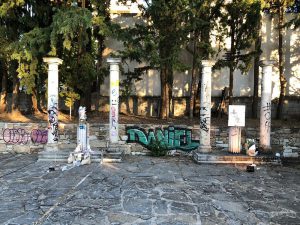 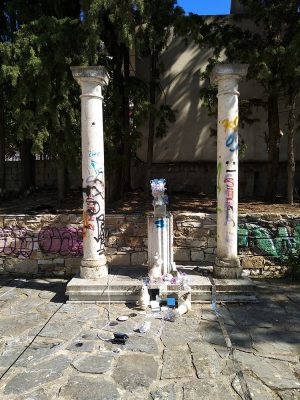 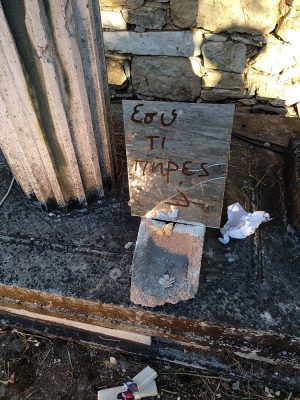 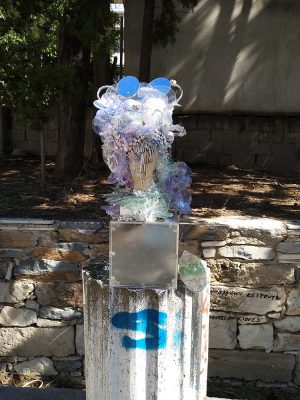 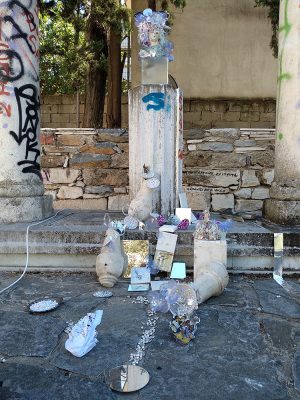 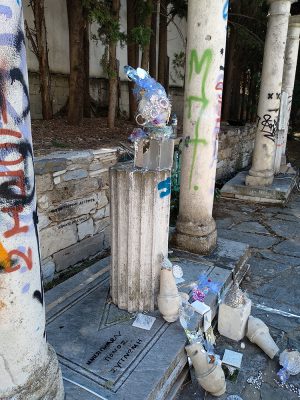 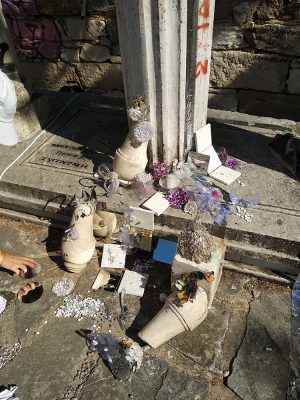 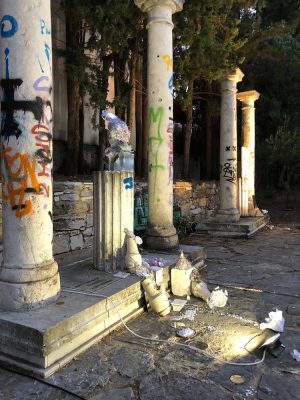 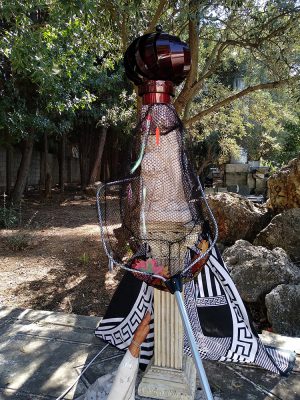 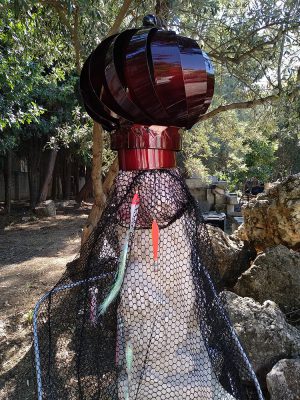 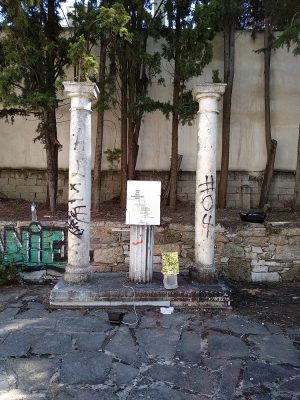 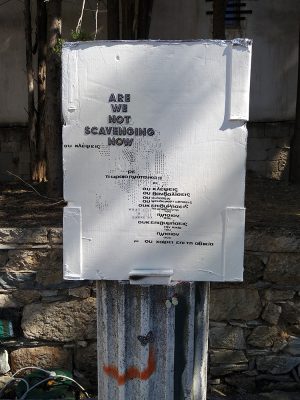 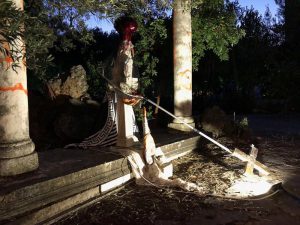 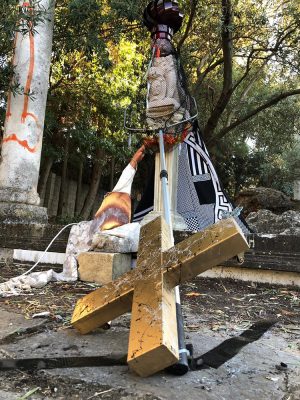 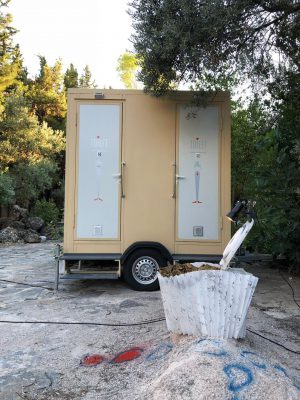 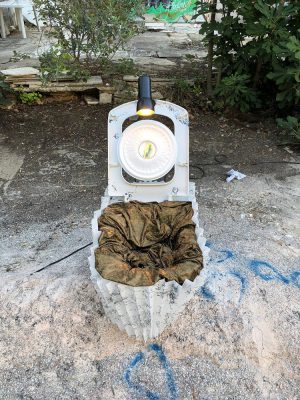 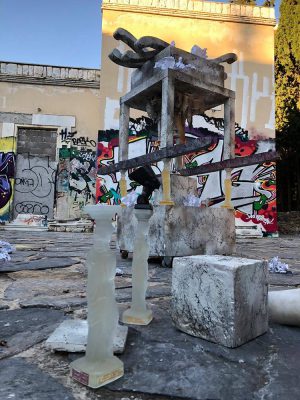 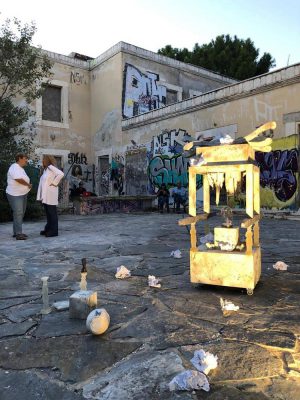 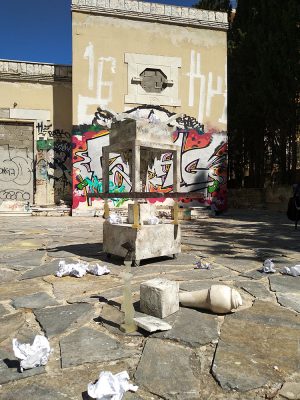